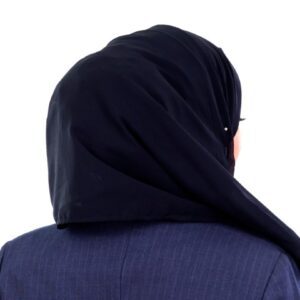 Regina Smith is a Muslim woman in a Virginia prison. She wanted to cover her hair, as an expression of her submission to Allah. She was subject to verbal abuse and the threat of punishment if she insisted on wearing hijab. She felt exposed against her will.

Prison officials progressively limited the spaces in which she was allowed to wear hijab until she was forced to stay in her cell nearly all day. Regina was denied medical treatment. She was not allowed to eat in the lunchroom and had to sustain herself on her own commissary food. Officials threatened punishment even for covering her hair in her own housing unit. When she tried to explain, one official told her, “I have been to Asia. I know about religion.”

The Constitution gives us the right to practice our religion, even behind bars. The right to religious freedom is one of the beautiful things about the United States. We’ve heard news about hijab bans and religious discrimination in Europe and in Asia. Just one example – they banned headscarves in public spaces in France in 2004, and it hasn’t gotten better since then. It’s a simple thing, to place a piece of cloth over your head. So why do so many people want to stop you from doing it?

Thankfully, Regina Smith didn’t have to face this battle alone. CLCMA used funding from MLFA to support Regina’s religious rights. CLCMA attorneys worked with the Attorney General’s office and the Warden of Ms. Smith’s institution to change the policy. The resulting memorandum states: “Inmate may wear religious and state-issued head coverings anywhere inside the facility.”[i]

This decision supports the religious freedom of Ms. Smith but also of inmates of various faiths in the state of Virginia. This is a victory, for this prisoner and for anyone else who wants to practice their religion without harassment. Social justice is part of our obligations as Muslims. One reason we’re fasting this month is to remain physically, bodily aware of the suffering of others so that we will be moved to help.

Malcolm X, who first learned about Islam while in prison, said, “It is only after slavery and prison that the sweetest appreciation of freedom can come.” [ii][iii]