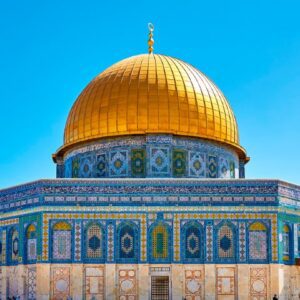 Donors to the Muslim Legal Fund of America have been supporting the rights of Palestinian-Americans for more than 20 years.

American Muslims for Palestine (AMP) is a non-profit organization created in 2006 to “educate its youth and community about Palestinian issues and culture” [i]. It was founded to promote Palestinian awareness in the United States.

David Boim was killed in 1996 at a bus stop in Jerusalem by two Hamas agents. Following the momentum of the PATRIOT Act, David Boim’s parents successfully filed a lawsuit against various Palestinian organizations in the United States, claiming that these organizations had provided support to Hamas and so were indirectly responsible for the actions of Hamas. Some of these Palestinian organizations included the Holy Land Foundation (HLF), the American Muslim Society (AMS), and the Islamic Association for Palestine (IAP). These organizations were drained financially and became officially defunct (shut down) because of these legal battles. A jury awarded the family damages in 2004, which the court increased to $156 million.

In 2017, the Boim family brought a lawsuit against the American Muslims for Palestine, claiming that AMP was really just another name for the Islamic Association for Palestine (IAP). They are in fact entirely separate organizations. IAP was shut down completely in 2004, and AMP started in 2006. AMP is an American non-profit, funded entirely by donations made within the United States. The plaintiffs (Boims) claim that the two organizations have the same leaders. This is not true, and they have been unable to prove this claim.

The main point of the plaintiff’s argument is that Palestinian organizations support Hamas, as a rule. This is a dangerous assumption. The court recognized that being Palestinian does not mean supporting Hamas: “The Court refuses to infer that because Dr. Bazian and Ahmad support Palestinian issues they are somehow connected to Hamas, as plaintiffs suggest.” [ii]

From 2017 through 2021, our attorneys at CLCMA successfully defended AMP and got the case dismissed twice. The plaintiffs are still trying to move forward with their claims, and CLCMA attorneys continue to fight back.

AMP has been able to continue to provide culture and education about Palestinian for Americans since 2006 and throughout five years of legal battles. This is only possible because of the donations received from the Muslim Legal Fund of America.

“We are thrilled for our clients after this long and hard-fought battle,” commented Christina Jump, Civil Litigation Department Head for CLCMA, after one court victory in this process.  “Without CLCMA’s ability to work for nonprofits like AMP free of charge, due to the generosity of our operating grant funded by many small donations from across the country, a blameless nonprofit would have been forced out of existence solely because of the nationality of its members and the culture which it works to preserve. After many years, many depositions, and a lot of fishing expeditions in discovery, the plaintiffs have still not been able to get past the early dismissal stages.” [iv]

Knowing about your roots empowers you to contribute to the world in a meaningful way. Being able to celebrate where you come from is one of the wonderful things about living in the United States.

Please help us continue to fight for the rights of our communities.

[iii] CLCMA stands for “The Constitutional Law Center for Muslims in America”, the non-profit law center funded by the Muslim Legal Fund of America.