Two and a Half Years for Misunderstanding the Word “Citation”

Hemza Lefsih spent 30 months in federal custody because he misunderstood a question related to traffic violations on the U.S. citizenship application. 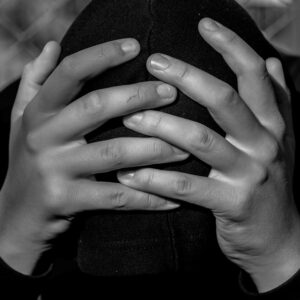 See for yourself. Question #23 of Form N-400[i] says: “Have you EVER been arrested, cited, or detained by any law enforcement officer (including any immigration official or any official of the U.S armed forces) for any reason?”

Mr. Lefsih completed and filed his citizenship application on his own. This is very common.  Many people hesitate to hire an immigration lawyer, sometimes due to cultural misunderstandings about how legal representation is perceived and sometimes simply due to the high cost of legal representation. He answered all of the questions honestly, as he understood them.

He answered “No” to this question with the confidence that he had never committed a crime. The thing is, a traffic violation is included in this section because the wording of the question “Have you EVER been arrested, cited, or detained…” refers to traffic citations even though most people call them tickets. “Citation” is a pretty specific word. Many, many speakers of English as a (first or) second language may not understand that a traffic ticket is a “citation”.

Mr. Lefsih spent two and a half years in federal custody and could have been deported because he misunderstood the meaning of “citation”. That’s crazy.

Hemza lived and worked legally for five years in the U.S. as a lawful permanent resident. He then applied for citizenship, and his first steps, including an interview, were approved. He was so close. He was a step away from taking his oath of allegiance to become a U.S. citizen. USCIS then conducted a separate investigation, including an unannounced in-person interview in which they asked additional questions about the approved application. Mr. Lefsih was suddenly arrested, charged with intentionally lying on his application and in the naturalization interview. They charged him with four federal criminal charges for fraud for answering “No” to question 23 of Form N-400 (as detailed above). USCIS cancelled Hemza’s appointment for his oath ceremony and eventually denied his application without notifying him. Hemza was placed into removal proceedings to be deported. He was kept in custody for two and a half years, while he and his attorneys successfully challenged this injustice.

Once his criminal appeal was completed, CLCMA attorneys[ii] got involved to fight for his U.S. citizenship. Mr. Lefsih was exonerated and acquitted on all criminal charges. His naturalization application remains denied at USCIS; however, in the meantime, his green card, i.e. status as a legal permanent resident, expired. Unfortunately, USCIS denied his application because it used outdated information about his immigration court case. MLFA-funded CLCMA took up this additional cause for Mr. Lefsih. USCIS responded by quickly issuing him a new 10-year green card.

MLFA’s operating grant to CLCMA made it possible for our lawyers to bring a lawsuit on behalf of Mr. Lefsih, claiming that the government committed many injustices against him, including violations of his constitutional right to due process and violations of the Immigration and Nationality Act[iii]. CLCMA has made progress in fully terminating deportation proceedings and in reopening his citizenship case to fight the denial. We hope to cross the finish line soon with Mr. Lefsih to complete his journey to becoming a U.S. citizen.

[i] USCIS. Application for citizenship: https://www.uscis.gov/sites/default/files/document/forms/n-400.pdf