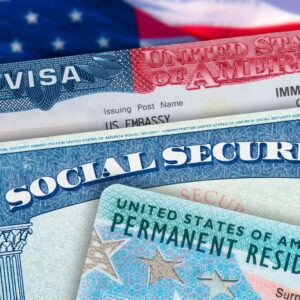 Kathryn Brady, Immigration Department Head at CLCMA[ii], describes Imam Sait Zekiri as a funny, engaging person who is easy to like. Imam Sait grew up in the former Yugoslavia. In his youth, Sait Zekiri witnessed political upheaval in his home country that ultimately resulted in his homeland ceasing to exist – divided into half a dozen separate countries along ethnic and historical lines[iii].

He pursued a religious education in Saudi Arabia, where he met his future wife, an American. She applied for a marriage visa for him, and they moved together to the United States to start their family. Throughout the immigration process, Imam Sait suffered discrimination: “The U.S. government subjected him to needless harassment, including additional security screenings when traveling and obstruction of his citizenship applications. At every turn, processes that should be equal and fair were instead arbitrary and biased.[iv]”

One of his applications for citizenship was denied due to USCIS’s mischaracterization of a general safety class offered by his school to 8th graders as weapons training. Imam Sait had honestly answered ‘No’ that he had never received weapons training after explaining the safety course. USCIS wrongly concluded that answer was a false statement to immigration officials.  In reality, the school did not actually train students on how to use a gun as USCIS thought, but only demonstrated gun safety to students using a wooden copy of a gun. Imam Sait had truthfully answered USCIS’s question in every way. Later on, with our lawyers by his side, the government agreed that its position was not coherent after reviewing the actual facts in the correct context.

Christina Jump was the lead CLCMA attorney on this case. Kathryn Brady was also involved as an immigration expert. She has worked in immigration law for more than 15 years and joined the CLCMA in 2016. She is a unique position to compare her experience as an immigration lawyer with clients from countries all around the world on the one hand with her current experience working with Muslim clients on the other. She has been alarmed and disheartened by the difference in treatment between immigrants in general and Muslim immigrants in particular. She clearly states that Muslim men are the subject of targeted discrimination within the immigration process. For example, a case that should take 1 year may take a decade or more for a man from a Muslim country.

Although Imam Sait followed all U.S. immigration laws, he had to wait for more than 20 years before finally becoming a U.S. citizen. Imam Sait expressed his gratitude saying, “All praise is due to Allah. Our Prophet said, ‘Those who are not thankful to people are not thankful to Allah.’ I greatly appreciate all of the hard and dedicated work done by CLCMA. They helped me finally get my citizenship after over 20 years of unjust hardship. I went through many lawyers until CLCMA was finally able to successfully get my case resolved, Alhamdulillah. I encourage all Muslims to support CLCMA in any way possible and to help in assisting oppressed Muslims all around America.” [v]

The Constitutional Law Center for Muslims in America (CLCMA) is funded by a grant from the Muslim Legal Fund of America (MLFA). Please take a stand against injustice in this month of Ramadan.

[ii] CLCMA stands for “The Constitutional Law Center for Muslims in America”, the non-profit law center

funded by the Muslim Legal Fund of America.