Reunited with Loved Ones 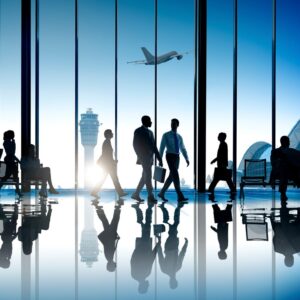 Reunited with Loved Ones

Finding out you’re on the No Fly List – what a nightmare. You have plans. You’ve packed your bags. You’re ready to go. You can’t wait to see your wife and kids. Then you’re told that you’re not allowed on a plane. It sounds scary. Frustrating. Humiliating. You can’t travel for work. You can’t visit loved ones.

One of our clients has been a U.S. citizen for his entire life – to respect his confidentiality, we’ll call him Mr. E. His father and his grandfather were U.S. citizens, too. His young children are also U.S. citizens. However, his wife was stuck overseas waiting on a visa so that the whole family could be together in the U.S. Our client was traveling back and forth from working in the U.S. to visiting his wife and children on a different continent.

This client discovered that he was on the No Fly List in 2018. Besides the frustration and humiliation he must have felt in the moment, our client also found himself unable to see his family. He was in the United States, unable to travel, and his wife, living with their children, was stuck on another continent waiting to get her visa approved. For more than a year, they could only see each other via video conference.

Mr. E filed a Traveler Redress Inquiry Program (TRIP) complaint with the Department of Homeland Security. They confirmed that he was on the No Fly List without any explanation of why or how. He then reached out to the Constitutional Law Center for Muslims in America (CLCMA), the non-profit law firm funded by a grant from the Muslim Legal Fund (MLFA). CLCMA attorneys immediately began communicating with the attorneys at the Department of Homeland Security (DHS) and the Transportation Security Administration (TSA). DHS did not respond to additional requests for an explanation as to why Mr. E was on the No Fly List. We then filed a lawsuit in federal court in Washington, DC, pushing for an explanation through the TRIP procedures that DHS offers.

About nine months after Mr. E started the DHS TRIP complaint process and not long before DHS was due to reply to our federal court lawsuit, he got some good news. He is now off the No Fly List and free to travel.

Additionally, we were able to assist in the immigration process for Mrs. E’s immigrant visa, and the family is now living together in the United States.

Mr. E has been reunited with his family! He is one of more than a dozen clients who have been removed from the No Fly List, thanks to the tireless efforts of the Constitutional Law Center for Muslims in America (CLCMA), funded by your donations to MLFA.