Does the United States keep its promises? 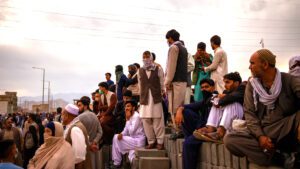 Mohammad Khalil fought on the side of the United States against the Soviets in Afghanistan. He was granted asylum in 2000 and has been living here for more than twenty years. He’s been trying to get legal permanent residence for a very long time. His application has been continuously denied because of the Terrorism-Related Inadmissibility Grounds (TRIG) policies.

Despite the United States’ promise to offer him refuge, his military activities were equated with terrorism and his green card denied. This clearly doesn’t make sense – our own allies are also terrorists? We can bring them here legally and with protection, but once they’re here, we decide that they constitute a threat?

In our petition to the Supreme Court for Mr. Khalil’s case, our attorneys make the same point that’s been bothering me. If the United States develops a (founded) reputation for abandoning our allies and accusing them of terrorism, doesn’t this – in itself – constitute a threat to national security?

On June 14, 2022, the Department of Homeland Security (DHS) and the Department of State (DOS) announced that there is now an exemption available for Afghan nationals who fought against the Soviets and the Taliban. As long as there are no other disqualifying factors, this allows USCIS to approve applications for lawful permanent residence for these Afghan allies.

We’re optimistic that these changes will offer a clear path forward for our client, Mohammad Khalil, who has been waiting in limbo for more than 20 years. This exemption clears a path for other deserving Afghans who can now look forward to the possibility of a fairer immigration process that doesn’t penalize them solely for being born in a war-torn country.

The Constitutional Law Center for Muslims in America (CLCMA) was founded by MLFA to have just this kind of impact on policy. A single case may seem expensive or discouraging, but when we put the puzzle pieces together – when talented attorneys are working together for a single vision – we can push for these kinds of changes in law and policy.

Join us in impacting the lives of generations of Muslims in the United States.