A Turning Point in Terrorism Sentencing

MLFA has been influential in changing laws that target Muslims in the United States. In this case, our attorneys from the Constitutional Law Center for Muslims in America (CLCMA) were able to achieve a reduced sentence for Nima Yusuf. This set the precedent for other judges to determine more just and proportionate sentencing in similar cases. 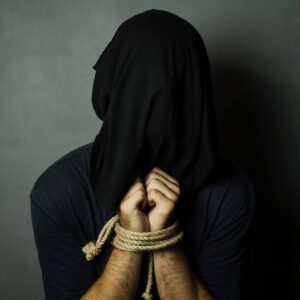 Nima Yusuf had some close friends in Minneapolis, Minnesota who later went to Somalia and joined Al-Shabaab. Nima was not a supporter of Al-Shabaab or of any terrorist organization. But these young men were like her adopted brothers. They had prayed over her when she was sick, and they had looked out for her. We may not always agree with our family members’ choices, but usually, we still care about their well-being. And we may feel obligated to help them in some cases.

Nima learned that one of her friends had died while in Somalia. She felt obligated as a sister and as a Muslim to send money to cover the funeral expenses. While her friends were in Somalia, Nima sent them small sums of money amounting to less than $1,500 total for medical, funeral expenses, and other non-combat-related expenses. She never sent money for combat-related expenses. Even though the money had not been used directly to fund terrorism, Ms. Yusuf was indicted in November 2010 in the Southern District of California for Conspiracy to Provide Material Support to Terrorists, Conspiracy to Provide Material Support to a Foreign Terrorist Organization, and False Statement to a Government Agency.

MLFA-funded CLCMA attorneys worked with the local federally appointed defense counsel to achieve a relatively good outcome. A plea agreement was reached. Ms. Yusuf pled guilty to material support of a terrorist organization. Judge Barry Moskowitz was able to understand that there are nuances for this kind of charge. Prior to this case, Federal Courts around the country were hard and fast in always applying the “terrorism enhancement” to all material support of terrorism cases.  Rather than sentencing Nima Yusuf to the standard 20 years, the judge found that this was unreasonable for the kind of support she had been offering. She received a 96-month sentence. This was the lowest sentence for material support conviction where the defendant had not cooperated with the government. This marked a turning point in federal terrorism sentences. After her case, sentences well below the recommendation of 30 years to life became much more frequent.

This case is an example of how our commitment to justice can change the way the law is applied. If laws are unjust, it’s our responsibility to change them. We are committed to the abolishment of the terrorism enhancement, which has been applied in unreasonable ways. This is the kind of impact we can have.